We build/repair domes to any stage of completion, on any site, using available local labor or bringing our own experienced guys with us. 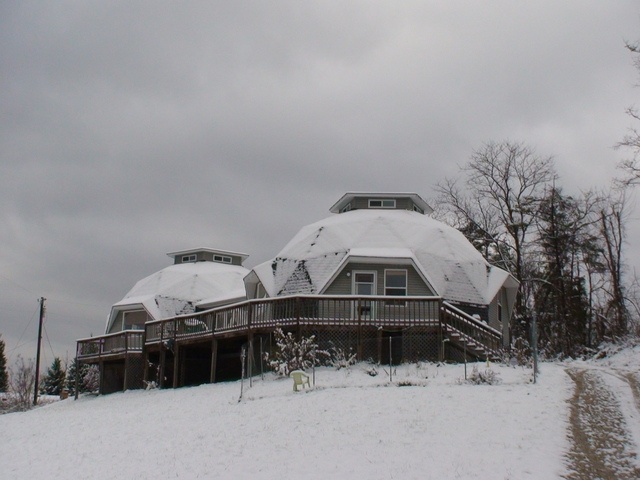 I couldn’t write a recommendation for John without telling you how I met him.

When I found myself looking at dome catalogs I decided to do a web search because I seldom purchase anything without doing considerable research. It was in browsing Domes that I
found John’s site. I called him and we started what became a three year odyssey.

I started my Domes in 2003 and by April 4, 2006, all we needed to do was touch up a few
scuff spots. It was one of the most difficult builds John has experienced and that’s why I have such good experience from which to recommend John.

I had John on retainer and he came up for the major points in my building.  I was the on-site contractor with no experience in building at all. That shows my optimistic nature toward life in general.

My build was fraught with numerous problems and John was right on them immediately with great technical support. He even mediated a significant number of my labor problems. John proved available by phone 24/7.

Now the interesting part of this whole story is captured in my Xmas conversation in 2004
while at a family dinner. My brother-in-law asked me where I found the Dome contractor
and I, of course, replied “On the Web.” He rolled his eyes and asked me another
question, “Did you check his references.” I replied, “No.” I presume at this point he
thought I was hopeless and he had the good sense to back out of the conversation. The
general consensus of my family was that I was surely going to lose my shirt financially.

I don’t know why I didn’t check John’s references except after working with him over the
course of a year I felt I knew he had the kind of expertise and ethics that I valued so I
went along on trust, and thankfully, I was rewarded with a wonderful home which is very
energy efficient (less than $100 a month year round), and has a 94 foot deck that I can
enjoy a good part of the year.

Without John and his guidance I would have lost a significant amount of money, would
have paid more for my dome, and would haven’t had this wonderful man standing in front
of my dome directing the workers where to sink the posts for the deck. One of the
workers asked “Where are the blueprints?” and John replied, “In my head.” While my 92
year old mother loves my house, her favorite place is the deck. But only someone as
gifted and experienced as John could have carried my project to completion without ever
dropping the ball. Not too many people can maintain that kind of consistency.

Needless to say, my husband and I consider John a life-long friend. We would also say,
“Don’t even think about building a dome without John at your side.” 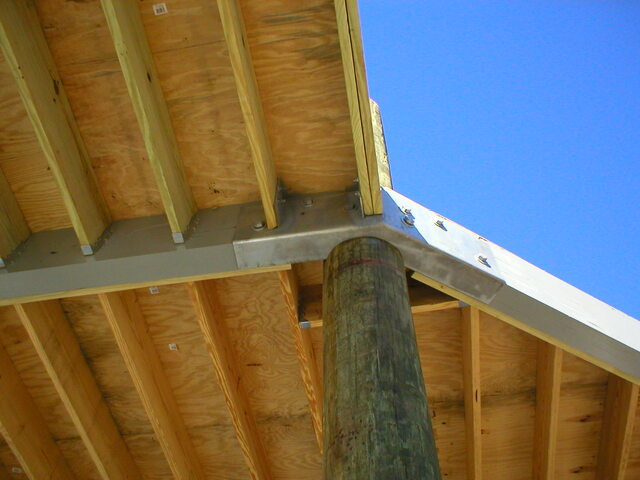 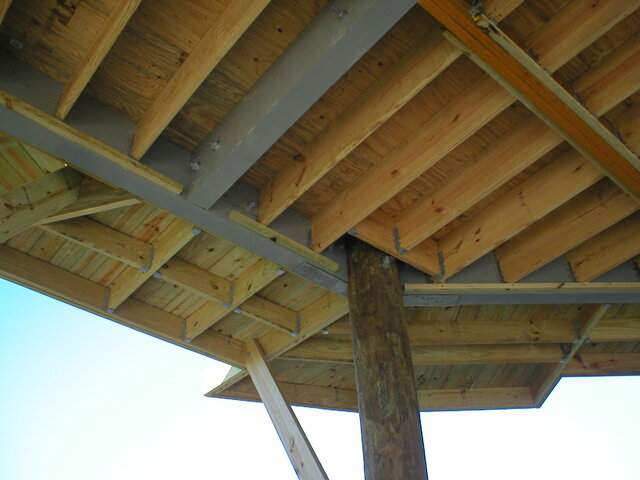 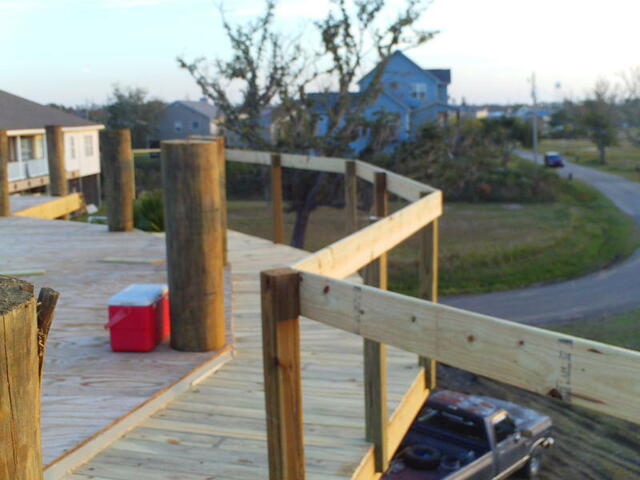 Special steel brackets were fabricated and galvanized for this epic piling job!

Check out these class II pilings that are contained inside the beefed up riser walls. We drove 42 of these pilings which measure 24″ on the SMALL end to rejection in the Mississippi mud 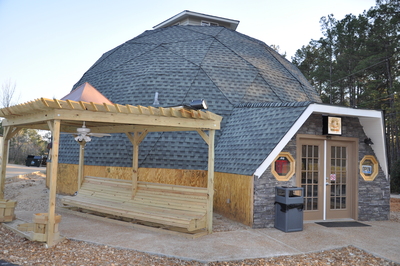 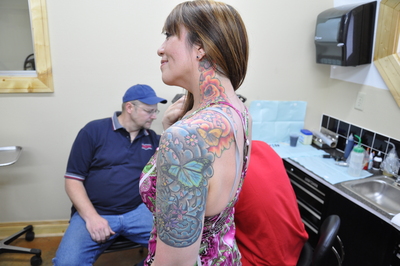 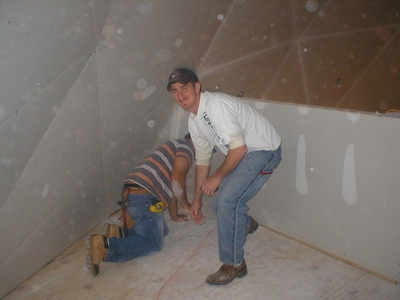 A couple of Louisiana's finest, Cody and Chris. With their help we built a dome that made it into Guinness Book of records as a worlds first dome tattoo parlor. They had to double their parking lot in a month. 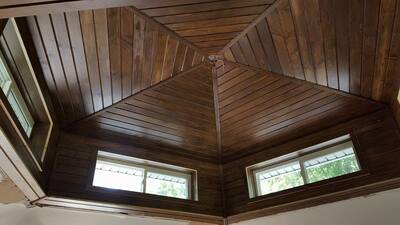 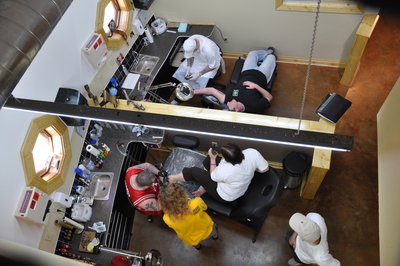 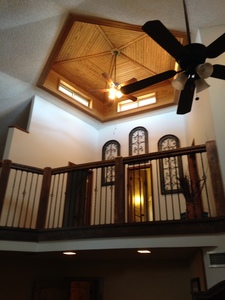 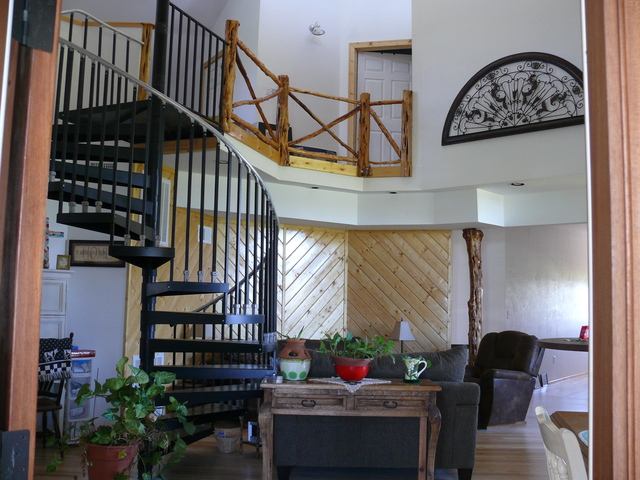 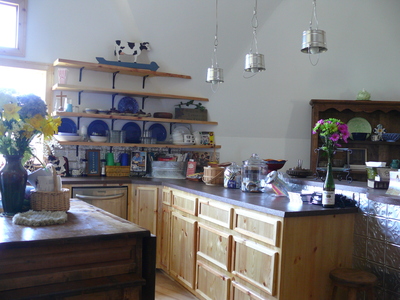 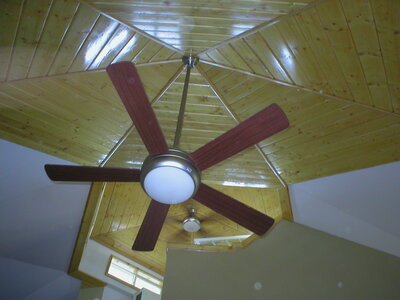 LMNY people have asked why I don't publish floor plans. Frankly with the flexibility of a dome it's just wasted space on a website. We can build virtually anything you can imagine since our domes are completely self supporting. Once you tell us wat size or number of bedrooms and bats and a few general ideas I can likely send you a plan of one like , or close to that we've built along with photos of the finished product. 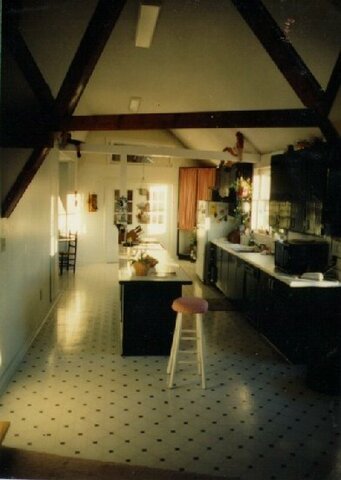 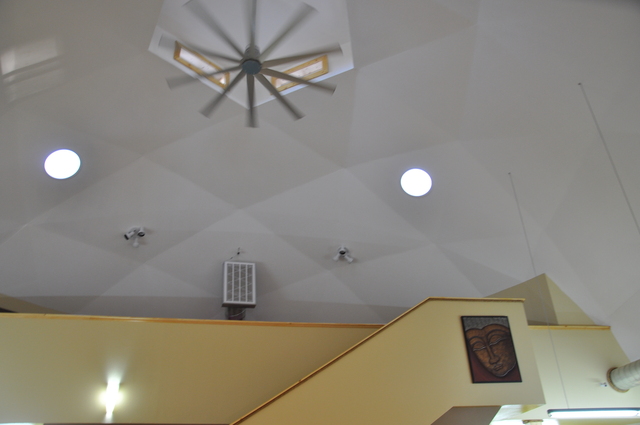